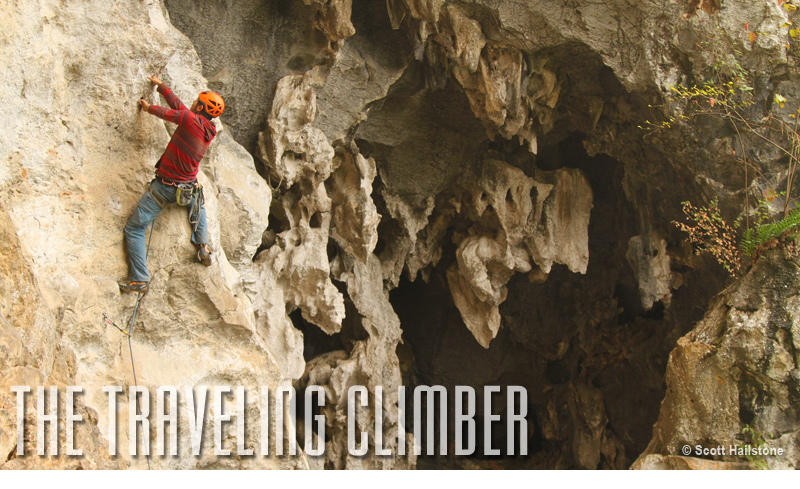 Back to China and the first Pinnacle tour underway in Yangshuo!

First day of climbing with our group and we hit the Treasure Cave. This cave is a treasure in that no matter how bad the weather, you are guaranteed a fantastic days climbing with a spectacular view. Everyone was blown away by the views and the access through an ancient fort. Favourite climb of the day involved working your way through a maze of tufas. Everyone had a crack with Jonas succeeding in his fight to the anchors.

Second climbing day and the weather was still not shiny so we hit up yet another cave, Chicken Cave. No chickens were evident but there were lots of sends! Project of the day was a majestic line reaching high up into the cave with an amazing view and some committing moves.

Third climbing day and the weather was looking better so we climbed out of the caves today. Twin gates crag sports some interesting, pumpy routes and a beautiful scenic walk in. We had a mascot today with a puppy from the local village keeping us entertained and winning our hearts.

Stay tuned. There are still more stories to come. 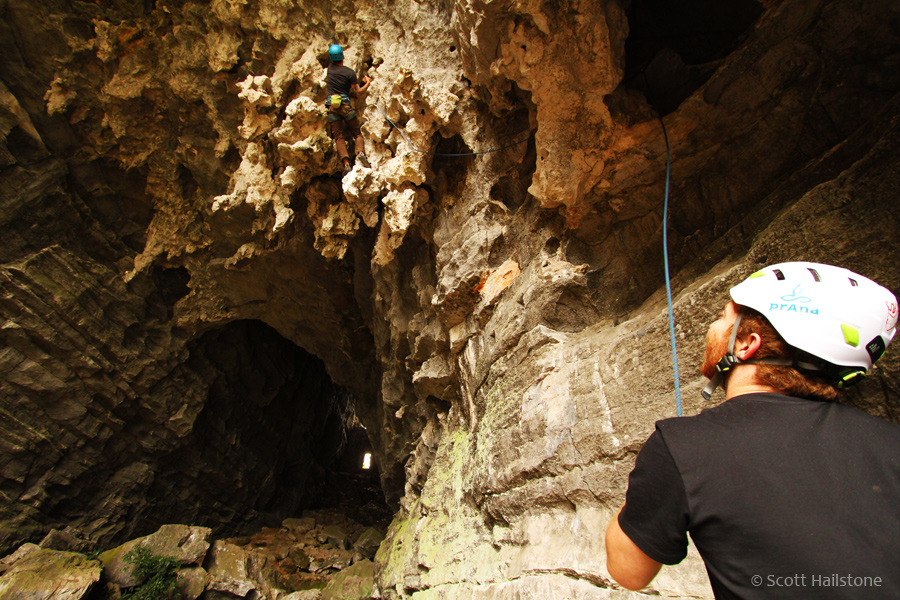 Andy being belayed by Jimmy, finding his way through the tufa maze on this 6c+ (22). The climb starts off climbing into and then out of a small hole, to establish yourself on the huge tufa curtain. 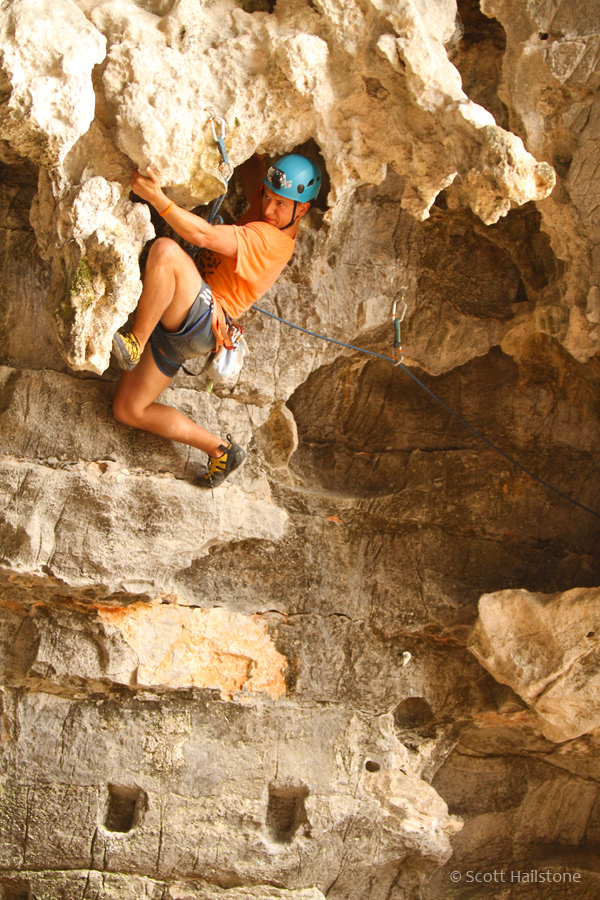 Jordan trying to avoid knocking his Gopro off his helmet onroute. 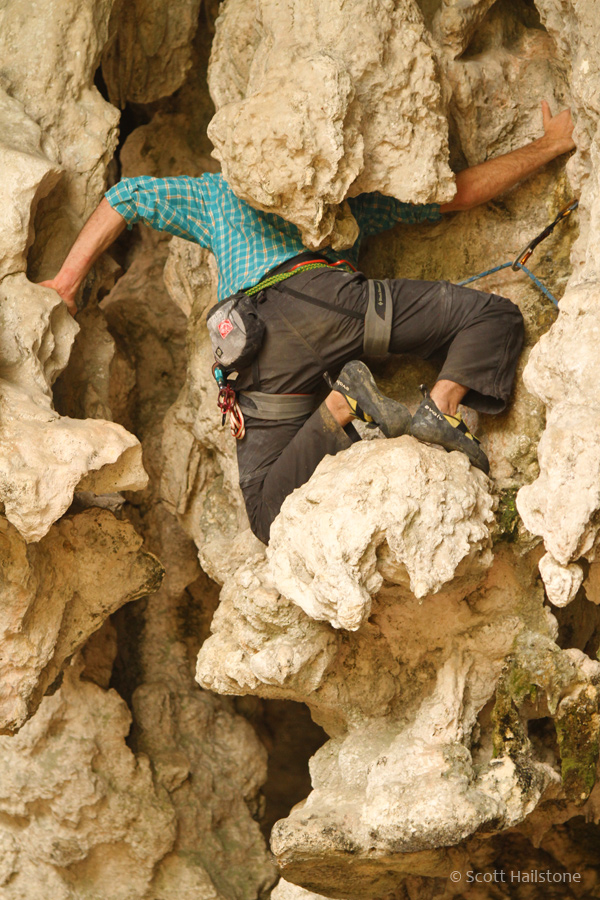 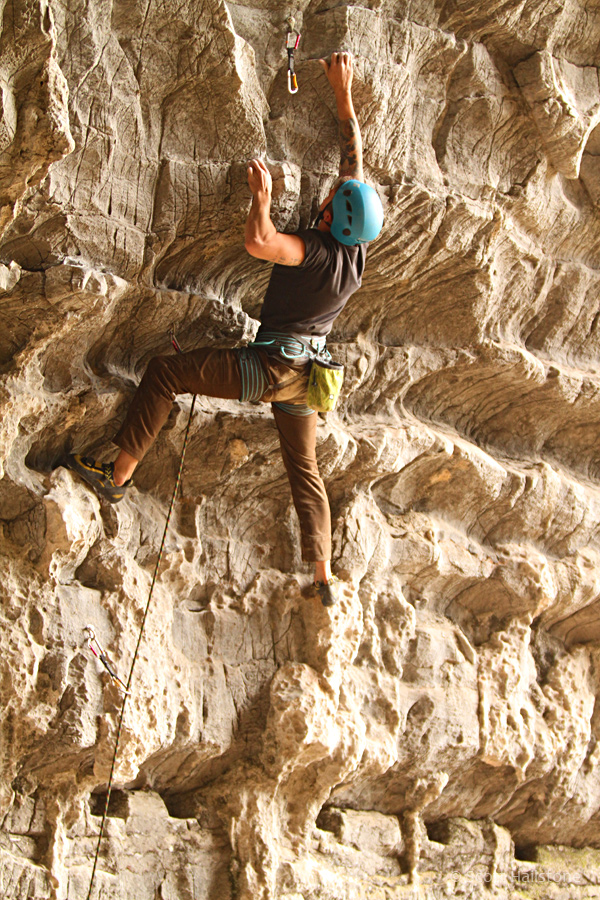 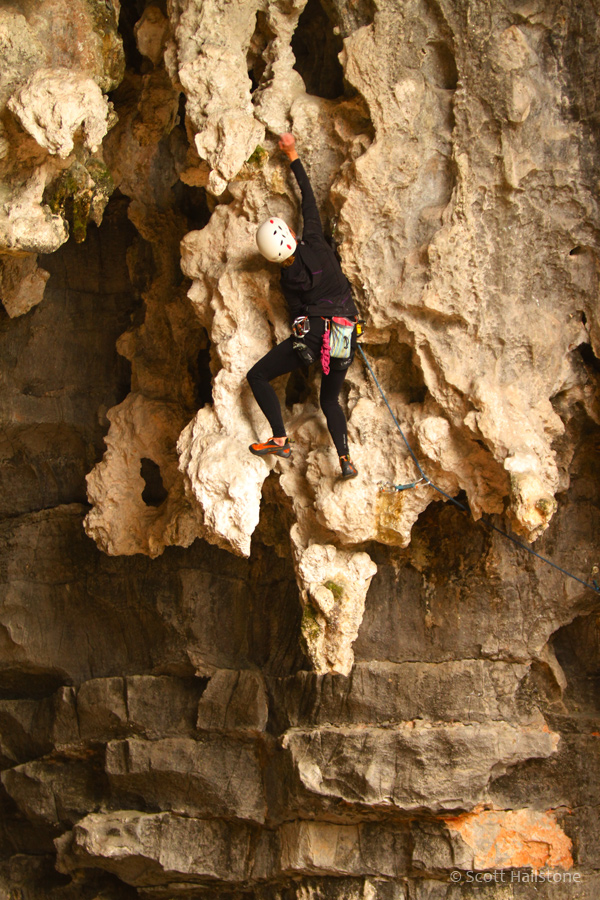 Mel getting in on the tufa action 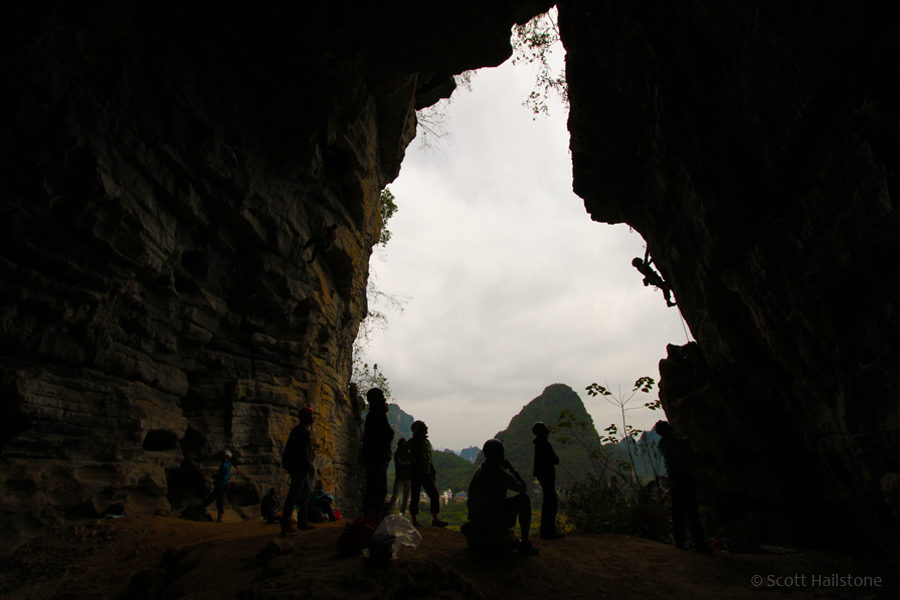 Jonas getting a bit of team support on a quick end of day flash of another stiff 6b (21) on the outside edge of the cave. Sitting up about 100m, the view from the cave of the surrounding fields, villages and karst towers is worth the trek up in itself. 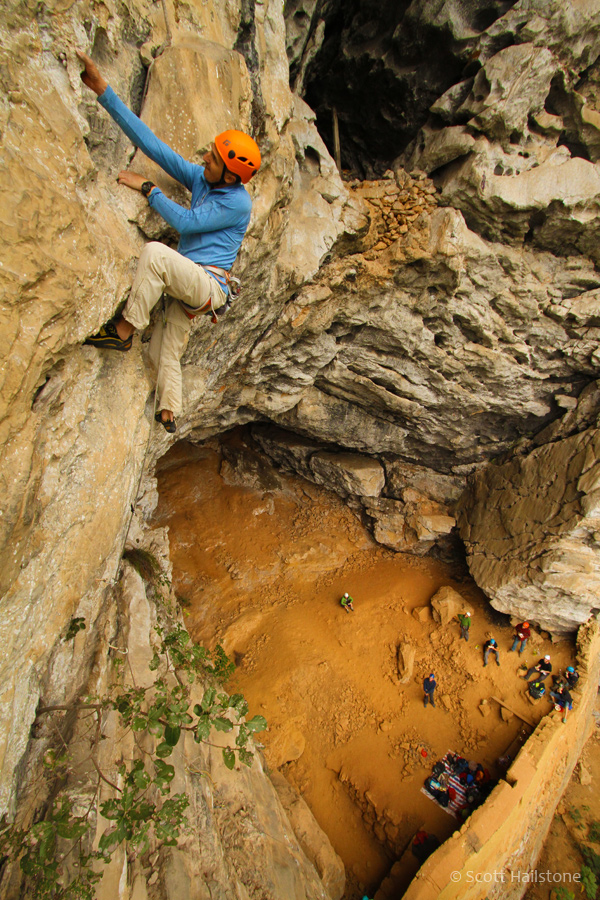 Bruce providing the entertainment high up on a long 6a endurance route. Chicken cave like treasure cave contains the remnants of an ancient stone fortress wall. 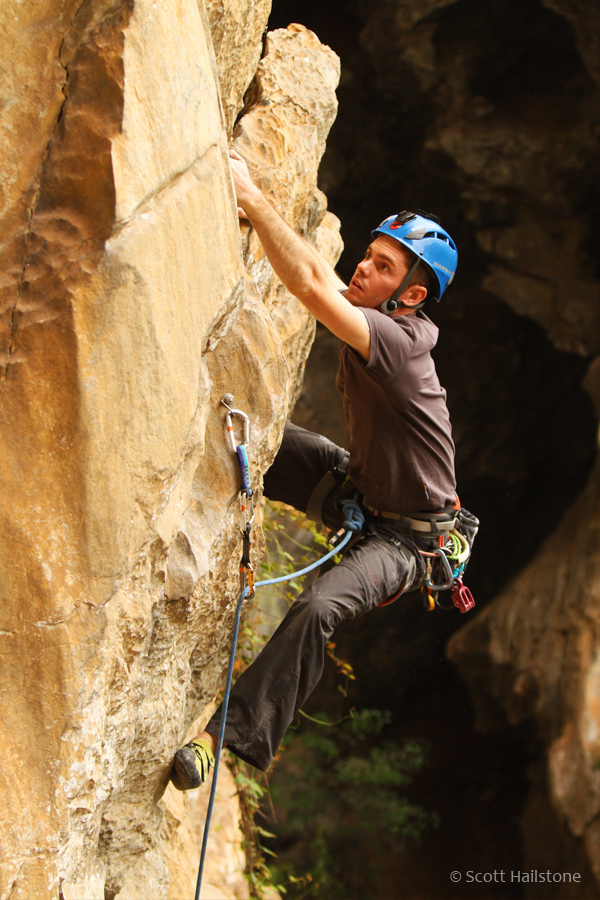 Adam coming to grips with some slopey limestone jugs 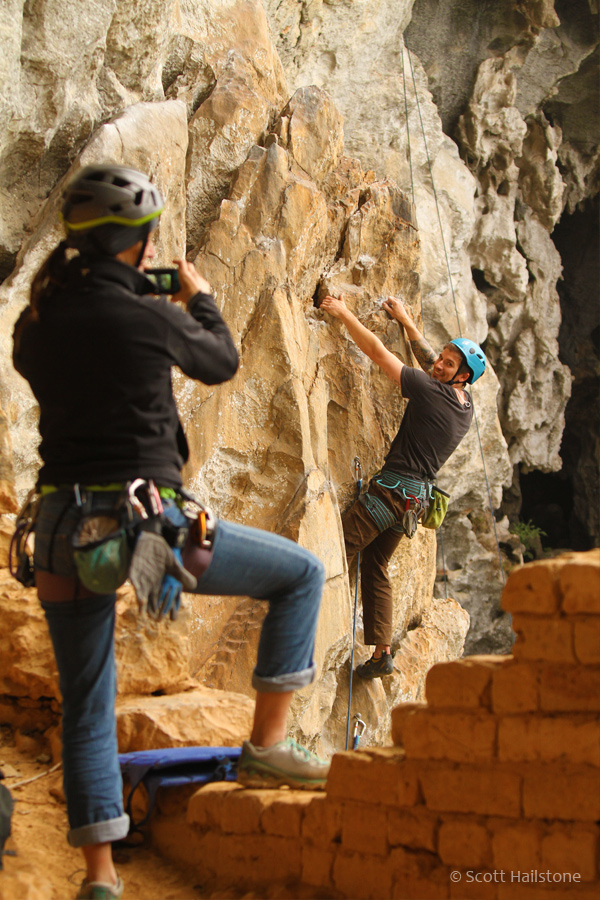 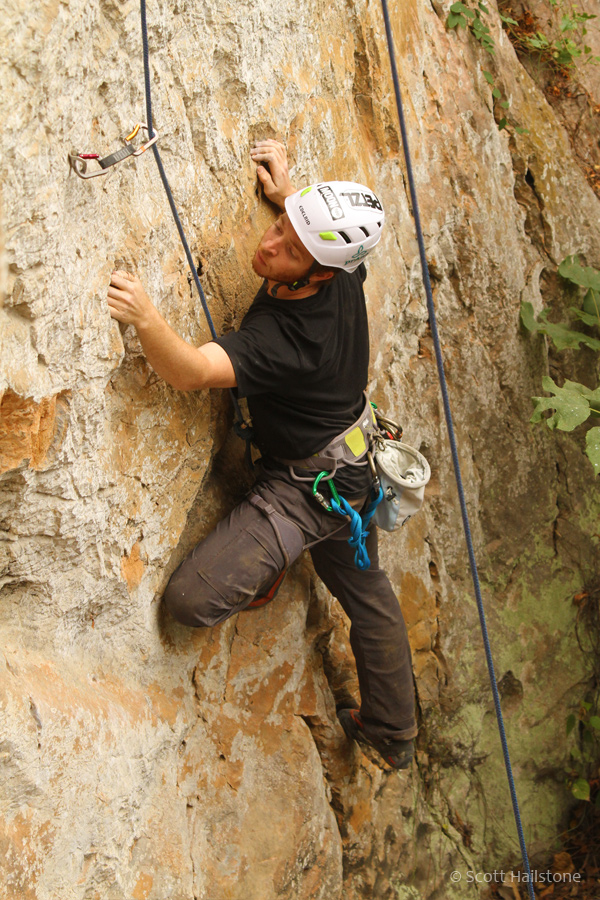 Jimmy feeling out the first balancey moves on the same route 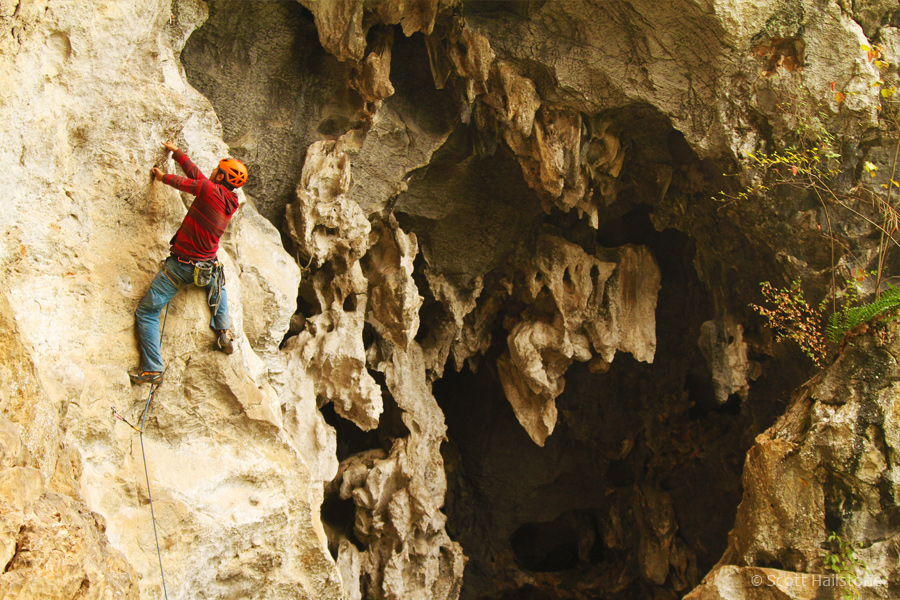 Joel framed by a backdrop of outrageous tufa and stalagtite formations. 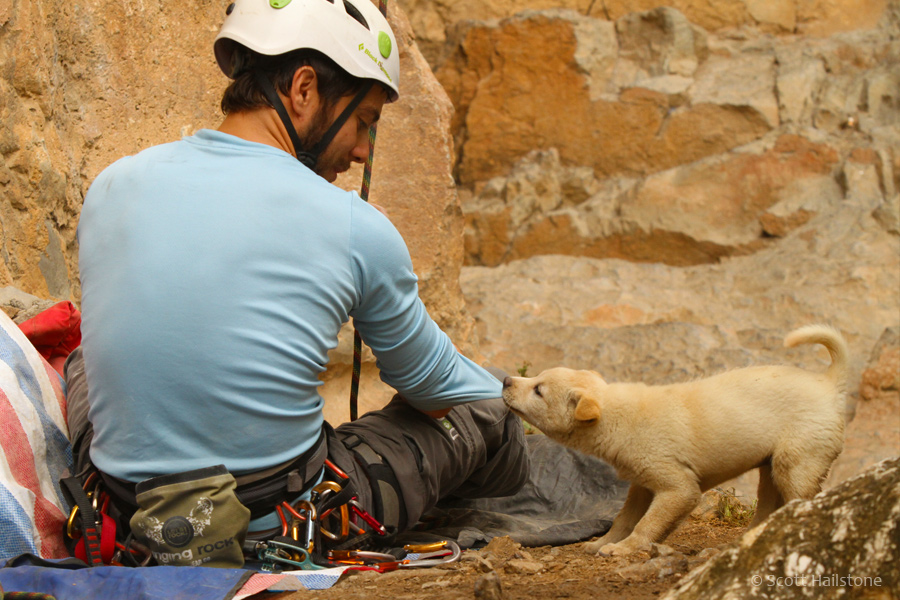 Jonas makes a friend at the crag. 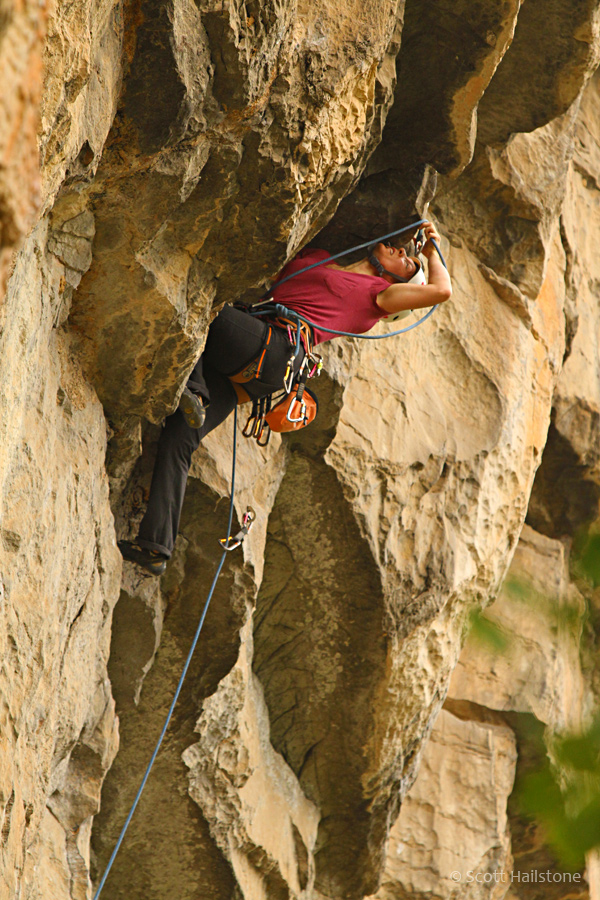 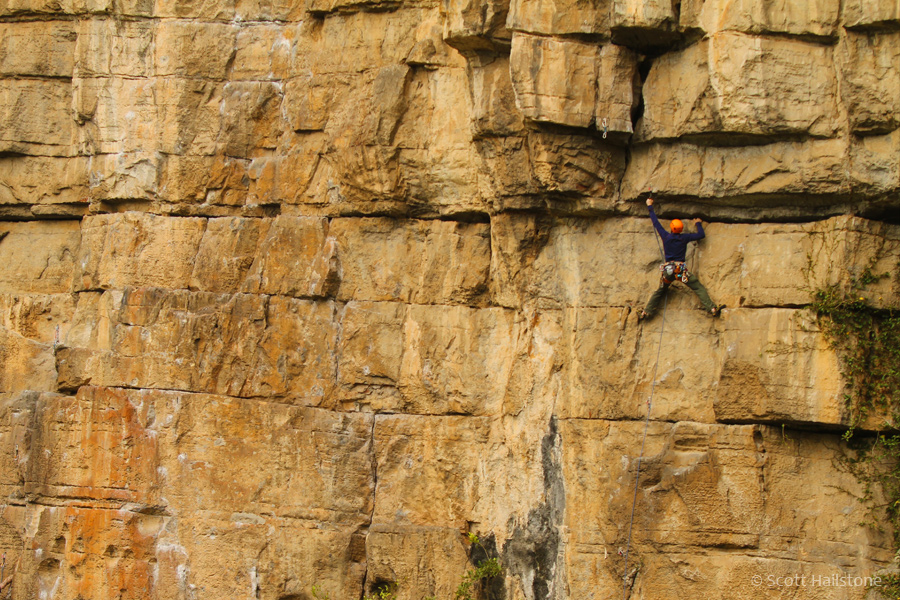 Bruce pulling some hero moves up high on a big face 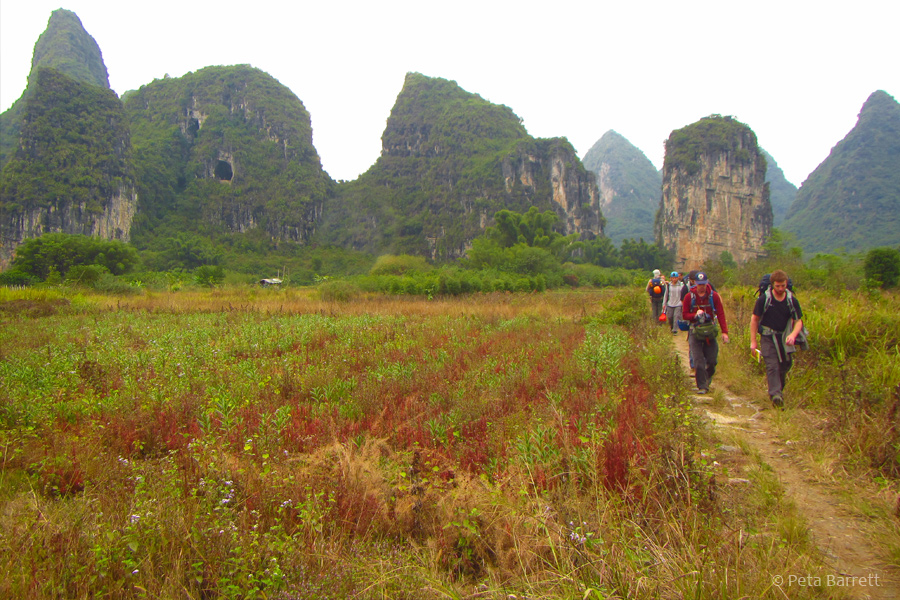 Walk out through the fields after a solid day of climbing. Twin Gate crag behind us on the right and the cave from Treasure Cave is visable on the left. 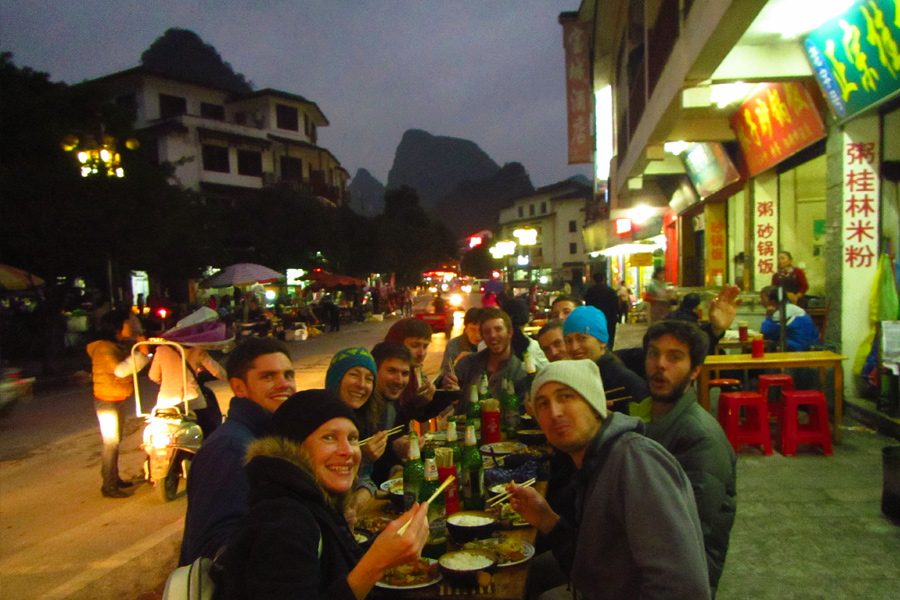 What better way to end the day than a stirfry and claypot rice dish eaten out street side in the Yangshuo, karst peak surrounded twilight. 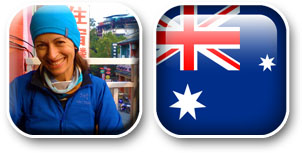